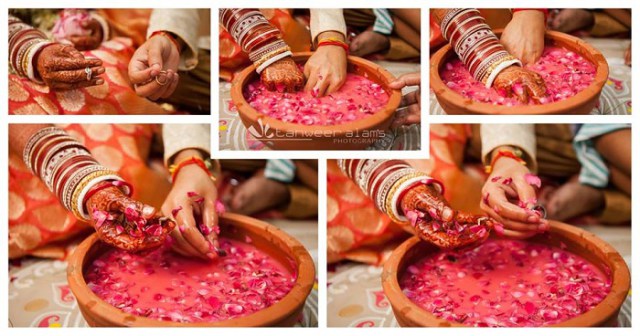 Indian Wedding Games For The Bride And Groom

Ask any of your friends about the best moment in his life. His answer would be definitely Weddings. On this wonderful occasion, the bride and groom take vows to remain together for the entire life. Looking at this, the whole family will be filled with loads and tons of joys.

In the marriage, it is not just the boy and the girl who gets bonded but also the entire family. To increase this bonding and to make these beautiful moments etched permanently in your memories, there should be some special programs. The most perfect choice would be the Indian wedding games. By engaging in the new wedding games that are being invented every day, the stress that has become the part of every marriage function would be greatly reduced.


Most of us want these great Indian wedding games to be the part of the marriage that happens at our family side. Since most of the close relatives are busy with the wedding preparation, they may not have time for these Indian Shadi games. Now the question arises. When is the most appropriate times for these wedding games to play?

The wedding games and activities can be organized for different categories of people who are the part of the wedding: Bride, Groom, the other couples, the Guests and the kids.

Wedding Games For The Bride And Groom

It is the bride and groom who are the center of attraction in marriage. The wedding day is the single day that would never come back in their lives. So, it should be made so special for them with a lot of memorable events. The best option to ensure this is to conduct the Royal Indian Wedding Games with full enthusiasm. Some of the wedding games for the bride and groom are listed for your references. 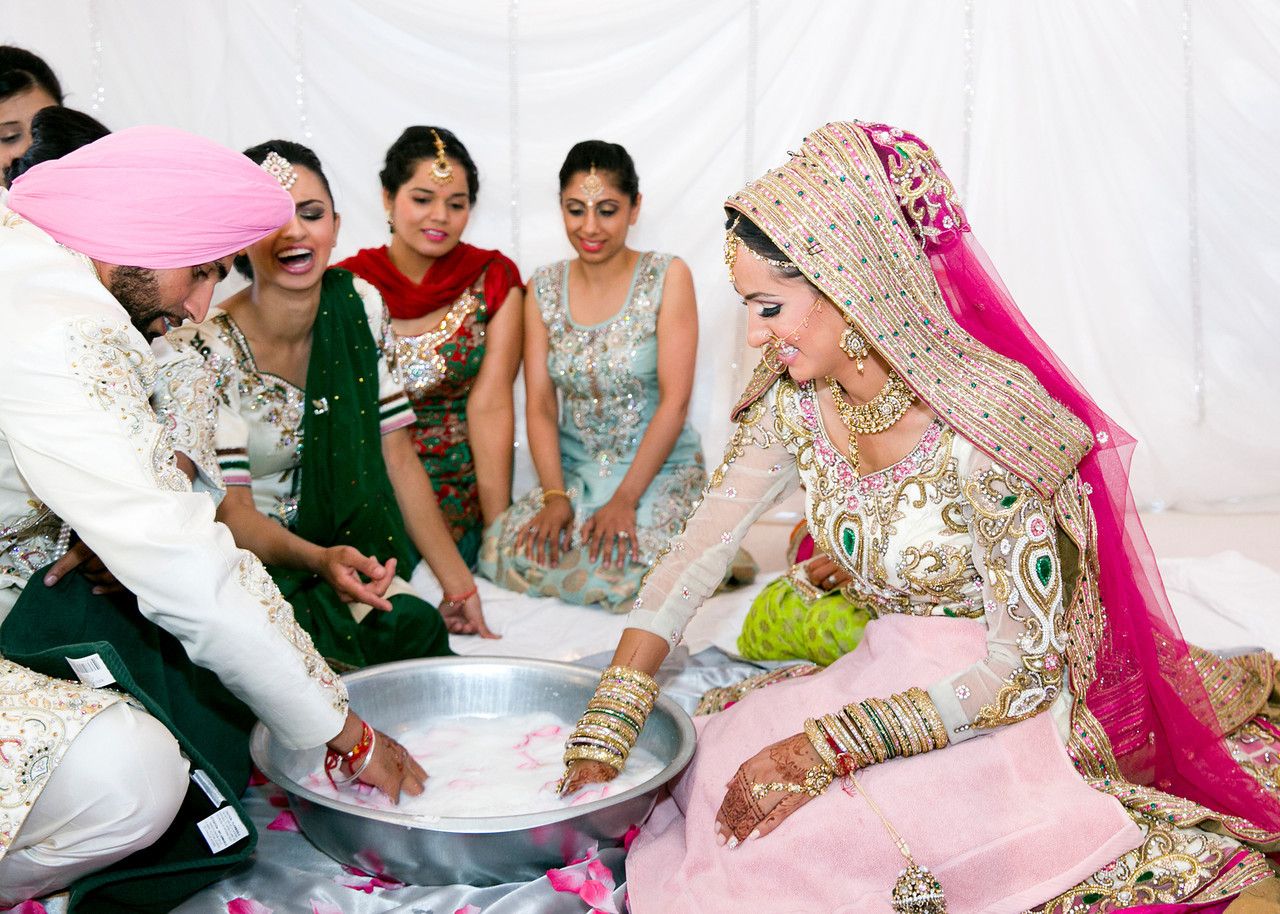 The ring will be put inside a pot which will be filled with water mixed with turmeric. To make the game more interesting, there can be two rings one of gold and silver. The bride and groom are made to compete against inside each other. The one with the gold ring will be announced as the winner. It is considered as the real Indian wedding game as it is commonly practiced. 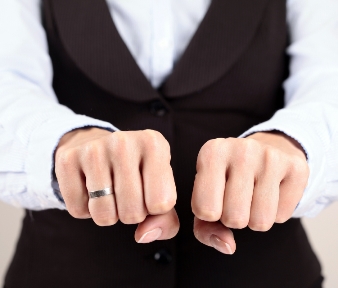 The groom will be given a small gift and made to close his fist. The bride will be asked to find it within a specific time interval. This is one of the best Indian wedding games for the bride and groom.

The bride and groom are made to sit with one facing the another. The same sets of questions are given to both of them and they are asked to answer it separately. The funny questions would make the game more interesting. The answers too would be funny and this also makes the couple understand each other

Try If You Can 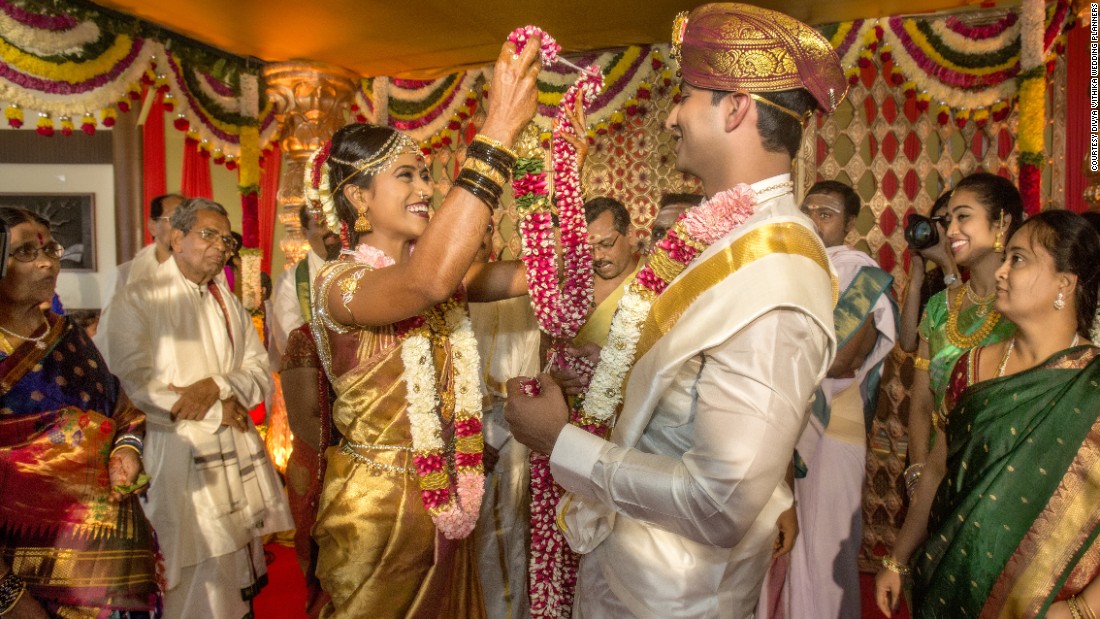 Here, the bride should try to put the garland over the groom without changing her position. The groom should not allow by bending backward but the bride should keep trying till she does the task. This is the most famous traditional Indian Wedding game for the bride and groom.

The bride is asked to roll the ball towards the groom and groom will return the ball. They can also be asked to sing a song for each other. This rolling of the ball should be done with both of them looking at each other without blinking. This could be one of the most romantic wedding games for the bride and groom.

Wedding Games For The Guests

In some places in India, the wedding is just a week-long function. The guests who are attending the wedding would be bored just by chatting and eating. To make them feel the excitement in the occasion, many Indian wedding games for the guests can be organized. Those include 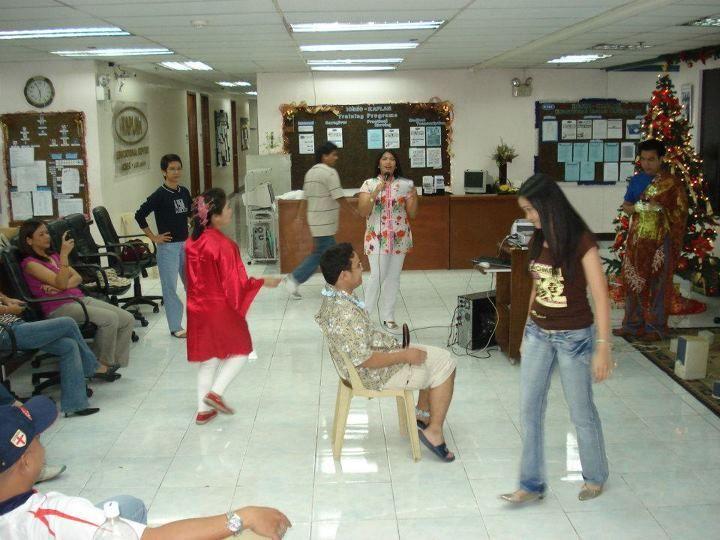 This is one of the commonly played wedding games in India. But it remains to be an attractive game for even the elder people. Here the chairs are arranged in such a manner that there should be one chair less than the total number of participants. A song is played and the participants are made to run around the chairs. Suddenly the music will stop and the participants should sit in the chair. The one without the chair would be the loser. With every round, one chair is taken out. The final round will have two participants and one chair. The winner of this round will be announced as the final winner. 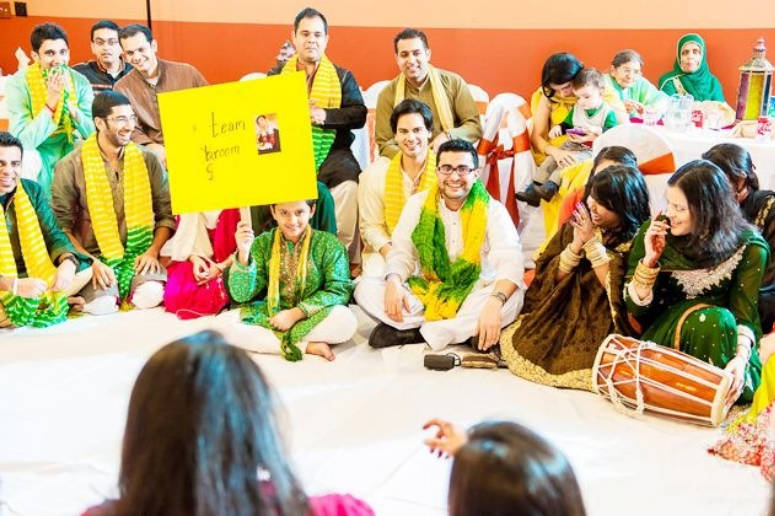 This is the most enjoyable marriage games in India. In this, the guests are divided into two teams. The game starts with a team singing a song. The last word of the song would be the beginning word of the song from the next team. In the way, the game would continue. The game can be made more fun filled with the playing of musical instruments.

Dress up a photo booth 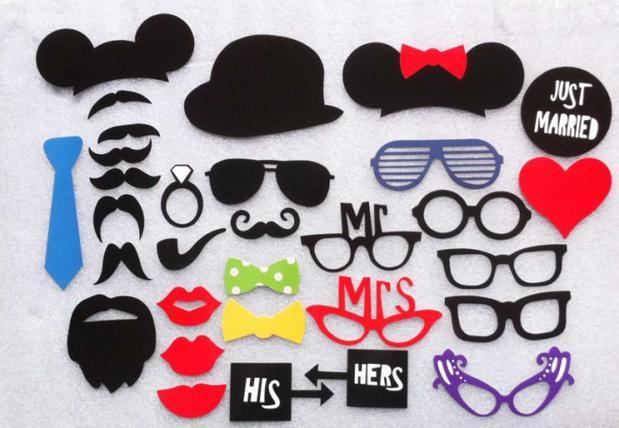 This is the most recent innovation which has got huge appreciation from a vast number of people. Here, there will be a photo booth in which we can have over-sized glasses, mustache sticks, pretty flowers etc. The people can choose the items based on their interests. The best selfies or group selfies will be awarded at the end 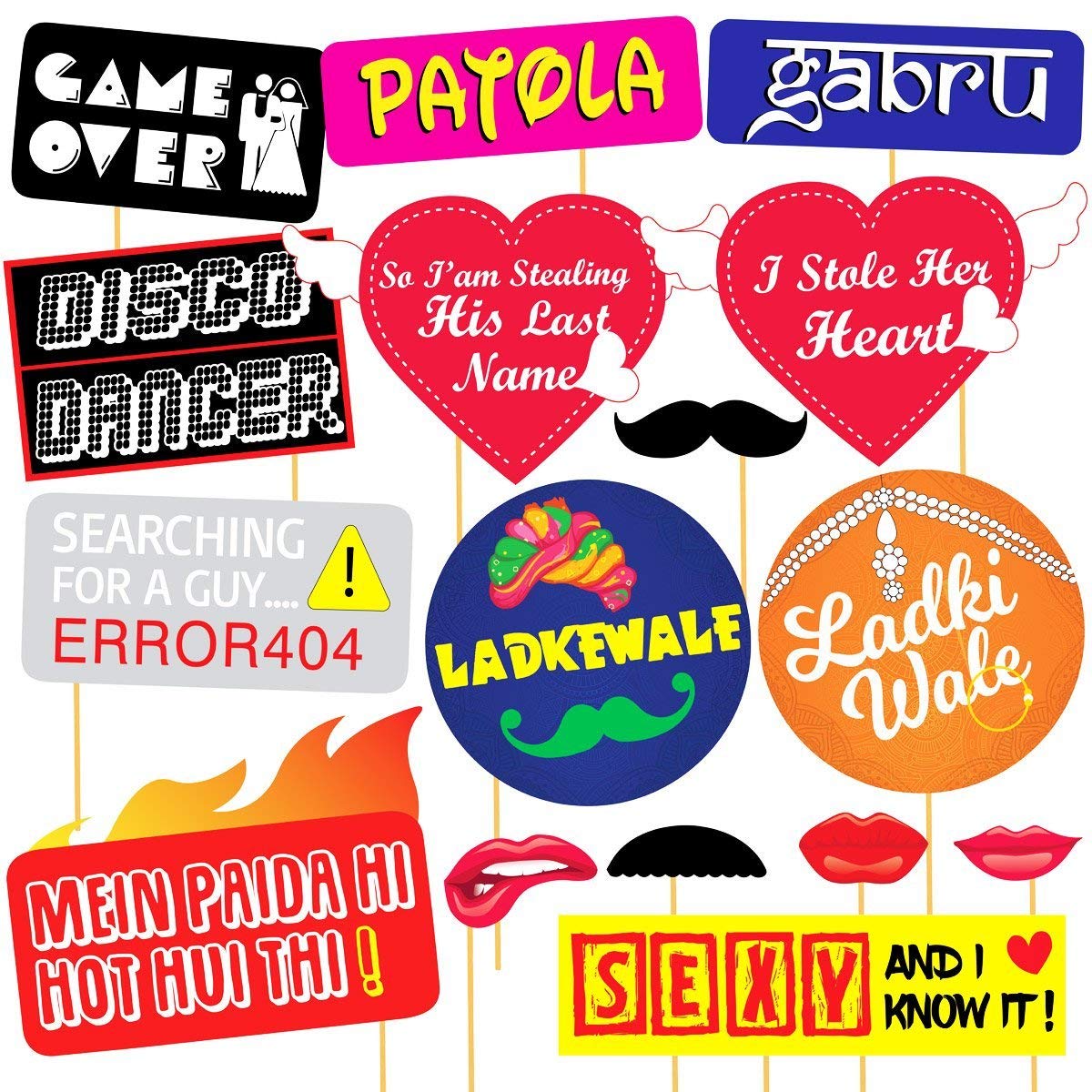 This is the perfect game to be played during the afternoons when the bride and grooms are involved in their own rituals which do not demand the presence of other guests. Everyone will have a chance. They will be asked to select between truth or dare. Based on the response, either they will be asked a question or will be given a task to perform. By passing this game, the people may not know the running of time.

This is the interesting Indian Shaadi game in which even which even the elders would become kids. The host will prepare a set of items which will be present commonly in a wedding setup. He/ She would call out the names of those items. The people having it should bring it to the stage. The people who are coming fast would get the gifts.

Weddings are always filled with different types of food items. The guests who are participating in this game should find the ingredients in the food items given to them. The one who is answering it correctly will get the prize. This is the most appropriate wedding game for girls.

This can be an Intrestign Game Between Both The Sides Bride and Groom .Pulling A Rope of Flower Or Jute Will be an Add On.

Kids enjoy any family functions to the core. The wedding celebrations would be complete only if there are a lot of kids who take part in it. Seeing them dressed up well running here and there would make the people around them so happy. If these kids are engaged in some sort of competition, it would be enjoyable not only for them but also for the people around them. The following games would give them the complete wedding games entertainment

The kids can be given the drawing books and crayons. The drawing books can be a wedding-themed coloring book. Kids will always enjoy doing the paintings. We can also ask them to work in pairs.

This would definitely be going to excite the kids to the core. Some interesting gifts are hidden in different parts of the wedding hall. And the kids are asked to find those wedding games hidden objects from their surroundings. 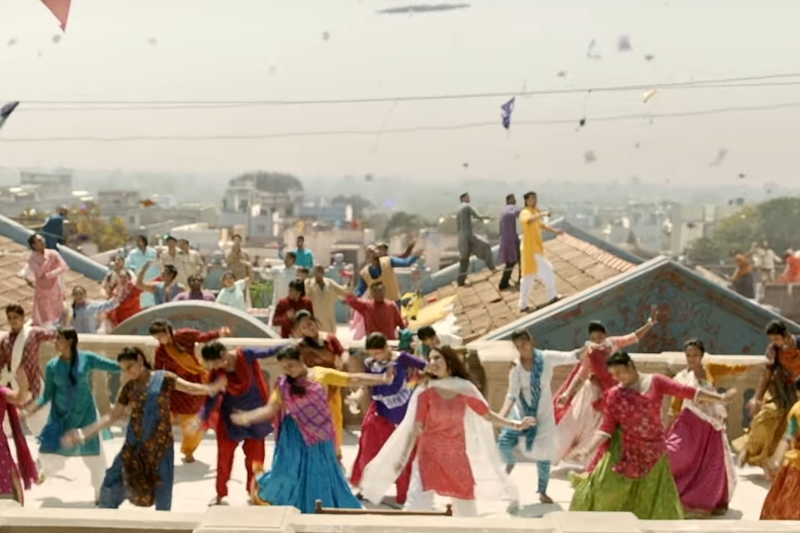 Putting the kites high into the air would make the kids forget the surroundings around them. They can be given different colors of kites. This game is good only in the winding areas. The children can be assisted by the elders. 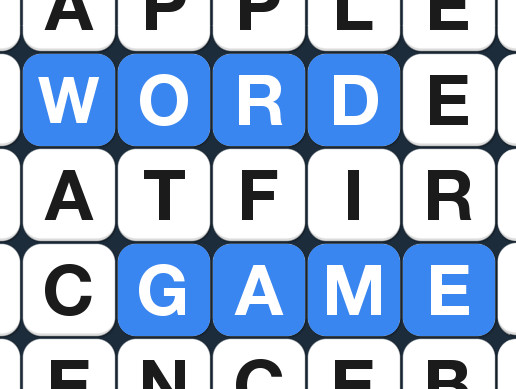 These games can be conducted for those kids who are in the schools. The children should write as many words as they know to start with a particular letter. It can also be played in a different way. One kid should start a word with a letter. The next kid will start the word with the ending letter of the first word. The game should continue till the words are exhausted for the kids. 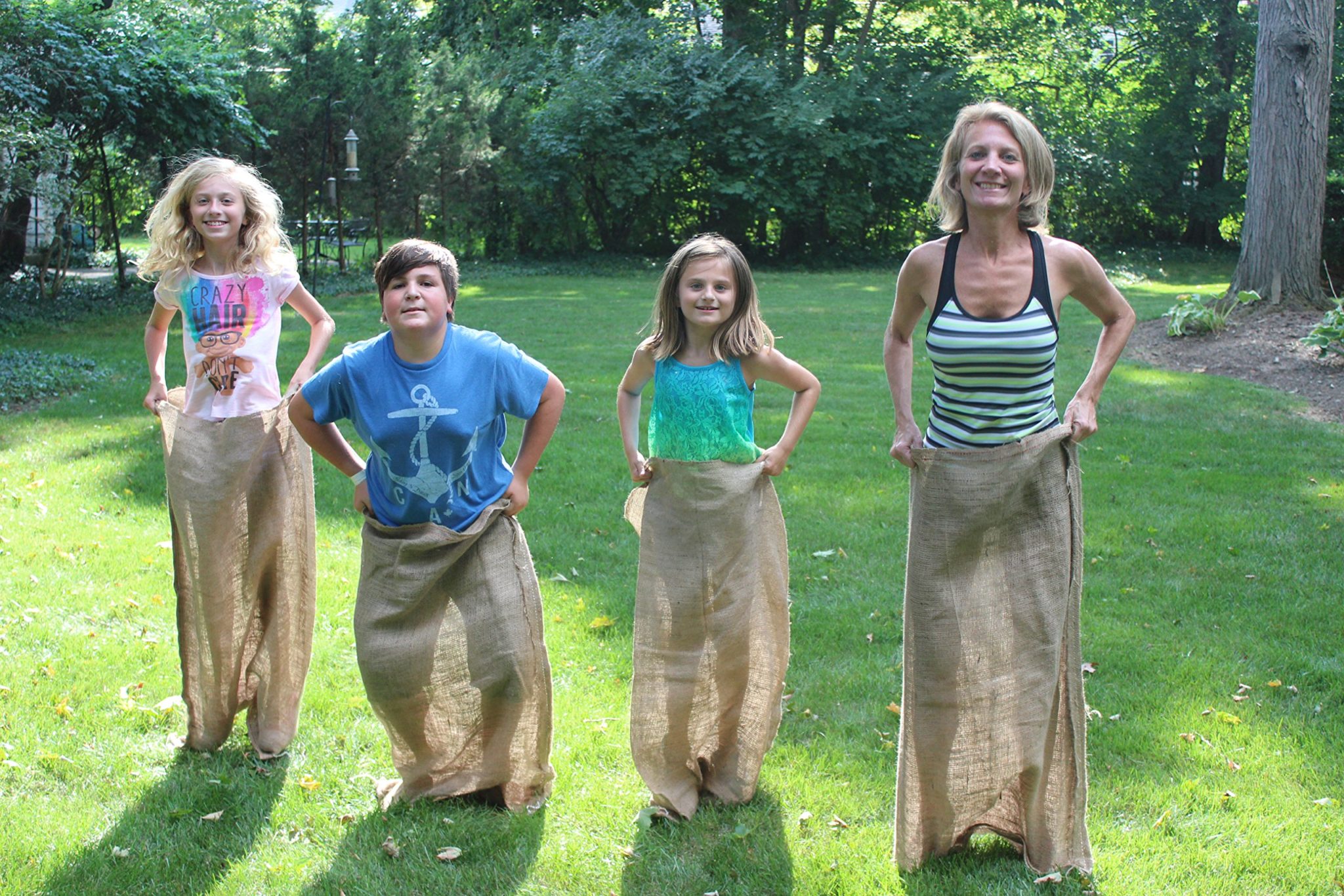 Apart from the above-mentioned games, a number of other games can also be invented according to one’s own creativity. There are certain wedding games for which we can hire people to conduct it. In addition to this, you can also find some of the wonderful games on the internet. These wedding games online can be downloaded for free and they can be played by the people during the different parts of the function. Those wedding games include wedding games makeover, wedding games barbie etc. Some of the online links for wedding games free download are

These Indian Shaadi games are so famous that they are played in different countries across the world. There are Is your family getting ready for a wedding, then make sure you plan for the best wedding games to make the event more memorable and special. 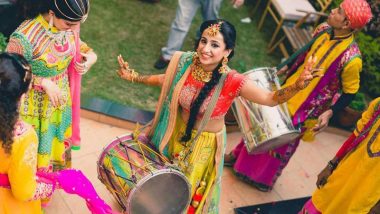 songs for brother marriage in hindi